Another way to understand medieval embroidery?

I began painting medieval illumination in my youth.  It is relatively recently however, that I began expressing through medieval embroidery.  For me, it is a relatively seamless experience.  Medieval illumination and medieval embroidery are all too often treated categorically and independently.  English embroidery during the Middle Ages reached its zenith – Opus Anglicanum (English Work) –  being highly prized, including by royalty.  Embroidery was as glorious as the richly decorated illuminated book pages.  I discovered an article by Valentina S. Grub called A Needle’s Breadth Apart who ventures into uncharted territory by exploring the relationship between medieval embroidery and illumination from a historical standpoint.  A historical understanding is an essential one,  however, it can all too often eclipse so much more!

I think it would be very valuable to consider the relationship between embroidery and illumination from a theological standpoint.  For the medieval mind, liturgy, religion, theology and spirituality had much more cohesion than our contemporary perspective.  The divorce between religion and spirituality we have today would have been unrecognisable.  Liturgical artefacts at the MET Museum (online resource) visually demonstrates a consistency between liturgical embroidery, illumination and liturgical artefact.  I think a theological (thereby encompassing liturgical, spiritual and religious) exploration of the world of medieval embroidery would be a fascinating study that could potentially bring us closer to understanding the soul of medieval embroidery.  I often ponder whether to continue my studies and do a PhD, and I think this would be a fascinating and revealing study. 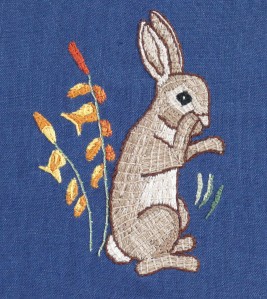 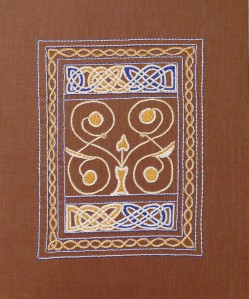 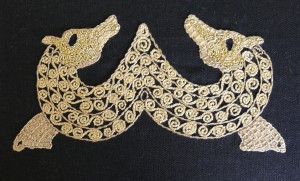 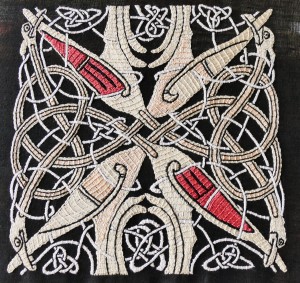